Of persons who were or are eligible for membership in the Veterans of Foreign Wars of the United States.

Those eligible for membership in the VFW are those that have received a campaign medal for overseas service; have served
​30 consecutive or 60 non-consecutive days in Korea; or have ever received hostile fire or imminent danger pay.

Proof of service is required for eligibility and must be obtained by the applicant. 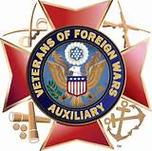 Bartonville Post 3883
​Veterans of Foreign Wars
of ​the United States